Posture Really Is That Important

As a musician, your posture is the foundation for creating a masterful sound. Whether it is your mother telling you to “sit up at the dinner table” or your band director telling you to have “taller posture” during rehearsal, most of us have repeatedly been told to have better posture. However, rarely is it explained to us why posture is so biomechanically important to improve performance and avoid injury in the marching arts.

In a 2006 article by the American Academy of Physical Medicine and Rehabilitation, researchers compared the effects four different postures (standing, slumped sitting, normal sitting, and a sitting posture that emulated the biomechanics of standing) had on breathing in 70 healthy individuals. Slumped sitting was shown to significantly reduce lung capacity and expiratory flow (maximum speed of expiration) compared to all other postures (1).

The fact that slumped posture inhibits maximum lung capacity comes as no surprise to most musicians. However, most of us think of poor posture as what is occurring in the upper body – rounded shoulders, forward head, hunched back. The truth is posture starts at the pelvis and lumbar spine (the lower portion of your back).

The independent variable in this research was the lordosis of the lumbar spine, aka the curve of the low back. When the pelvis is tilted anteriorly (forward) or posteriorly (backward) the lordosis of the lumbar spine is altered. This movement translates up the spine and results in changes in shoulder positioning, thoracic spine curvature, and head posturing (figure 1).

Does poor posture cause injury?

Contrary to popular belief, poor posture does not necessarily mean increased risk of injury (2). For example, an article in the European Spine Journal in 2007 found that there was no difference in neck posture between individuals with neck pain and those without (3). However, these examples were researched on the general public, not a population that was competing in a physically demanding activity for long periods of time, such as drum corps or marching band.

For the general public, standing and sitting in a slumped posture may not cause enough of an increase in forces to damage the surrounding joints and tissues. The marching arts dramatically increases the physical stresses placed on an individual. Marching bands have been shown to have a high occurrence of lower extremity and spine injuries (4,5). In my opinion, comparing postural research of the general public to individuals in marching band may not equate.

Consider these scenarios for a brass player:

If he or she has forward shoulders and is holding a horn in the playing position for months, the humerus (upper arm bone) is likely to impinge on the rotator cuff tendons of the shoulder (6). This can be seen in Figure 2 where the member has his shoulders hiked and elbows outwardly flared. This is common in students with either poor shoulder positioning or upper body weakness as a compensatory mechanism.

If the same individual has a forward head, then playing with an increased horn angle is going to force the cervical spine (neck) further into extension and shorten the extensor muscles (see Figure 3). This can lead to neck pain as well as headaches (7).

If the performer lacks the upper body strength to correctly hold the horn at the proper playing angle he or she will likely substitute by excessively extending the lumbar spine (Figure 4). This prolonged extension posture is loading the joints in the spine. Over time this can lead to low back pain.

Being exposed to these postures for extremely long periods of time (i.e. an entire marching band or drum corps season) adds up quickly. Musicians already are at high risk for overuse injuries due to our long practice hours using very specific motions (8,9). This coupled with the physical demands of the marching activity leave very little room for error to avoid injury. To prevent injury and improve your performance, focus on improving your posture.

2. Lederman (2010) The fall of the postural–structural–biomechanical model in manual and physical therapies: Exemplified by lower back pain. CPDO Online Journal (2010), March, p1-14 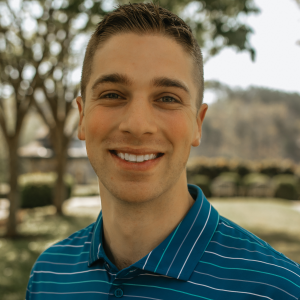 No spam, notifications only about new products, updates.
PrevPrevious3 Lessons Learned from My High School Music Educators
NextThe Band Camp Survival Guide: 7 Secrets to Being at Your BestNext
On Key